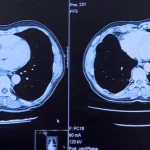 Both treatments, for advanced melanoma, are designed to enable the immune system to recognise and target tumours.

The findings were released at the American Society of Clinical Oncology conference in Chicago.  The experimental drugs, pembrolizumab and nivolumab, block the biological pathway cancers use to disguise themselves from the immune system.   Advanced melanoma – skin cancer which has spread to other organs – has proved very hard to treat.  Until a few years ago average survival was around six months.

In a trial of 411 patients evaluating pembrolizumab – 69% of patients survived at least a year.  The drug, which used to be known as MK-3475, is also being tested against other tumour types which use the same mechanism to block attack from the immune system.  Dr David Chao, consultant oncologist at the Royal Free London NHS Foundation Trust, is conducting trials in both melanoma and lung cancer patients. He said:  “Pembrolizumab looks like it has potential to be a paradigm shift for cancer therapy.”

One of his patients, Warwick Steele, aged 64, has been receiving infusions of pembrolizumab every three weeks since October.  Before the treatment started he could barely walk because the melanoma had spread to one of his lungs and he found it hard to breathe.  “I got tired simply standing up and was literally too exhausted to shave. But now I feel back to normal and can do gardening and go shopping”.  Scans of his lungs – shown above – reveal that after just three infusions, the drug appears to have completely cleared the cancer from his lung.